My uncle and aunt (Peter and Edi) are visiting from Berlin. Since our scheduling was a little bungled we asked them if they would accept a research mission to pass some time during the day. We really enjoy live entertainment on a night out and have been unsuccessful in finding good places in the area of Florida we are staying. So Peter and Edi accepted the mission to venture to Lakeland (about 30 min) to find some options.

We rendezvoused as planned in the late afternoon and the mission was a success. We would be trying drinks at The Swan brewery followed by drinks, tapas and live music at the Pink Piano.

The Swan turned out to be an immediate hit because it’s pet friendly (we make special note of these places) and the amazing sunset over the lake added allure as well. There was a huge outdoor event tent out front to provide an al fresco eating area as they feature a resident food truck. Both inside and outside were busy. It was trivia night.

We head into the bar and grab four seats in front of the massive digital menu (2 large screen TVs mounted on the wall) where dozens of craft beers are described. The hipster bartenders pass out modified license plates that will hold the tasting flights and a slip of paper where you can choose up to 4 beers to sample. The selection is mind boggling. With our choices made we ask the bartender if anyone can give us the 411 on the brewery. Moments later a chipper dude invites us into the brew tank area for an info session. We are joined by the owner (a former male nurse) who, along with chipper dude, is responsible for brewing. We hear the story of IPA and it’s beginnings and the history of beer in general among other interesting facts such as how they got their name. A fanciful tale in itself that would make the queen smile.

Beers and knowledge consumed we head to the Pink Piano. A 3 minute drive down the street.

Our researchers advise that there’s parking out back and we head into the entirely empty bar. The owner is just setting up. He assures us that we will not be alone for long. Clearly we weren’t dealing with the seniors early bird specials. It’s open mic night, he informs us. So we order drinks (Soda for me the DD) and “tapas”. I use quotations here to denote that tapas in this Florida establishment refers to an interesting type of charcuterie plate with the best pickles I’ve ever eaten. We raise a glass to the (now routine) Florida cheer and watch the first entertainer set up.

James, an unassuming young man with a scruffy semi-beard and plumber pants takes the stage. Don’t judge a book by the cover … this guy can play! Great bluegrass session that ended when more entertainment arrived. Turns out James was also the stage manager.

A mature man, neatly dressed and coiffed, approaches us. Hi … I’m Cal he says. A bit of small talk and we see him move along to chat with the owner. We assume he’s on staff or otherwise connected. He then sits and seems to study sheets of paper. I comment that he looks like he’s getting ready for an exam. Odd.

Back to the stage. The next act up is a comedian. A white guy with a non-descript dress code and tousled hair. He manoeuvres the mic. Clears his throat and nervously begins his story about an ant crawling up his pants and biting his penis. He laughs at his story as he tells it and his laugh is funnier than the story. Good for him for trying. He’s probably the jokster and funny man at every party and social gathering. Then someone (amid uproarious laughter no doubt) told him he was a comedian and should try stand-up. Gulp.

Polite clapping and applause. Our next entertainer is a poet.

Cal walks with purpose to the stage and gets set. Our group exchanges raised eyebrows. What? Cal proceeds to ruffle his sheets and provide a muffled intro to his first poetic selection. He starts reading from his sheets in a soft (he’s not speaking into the mic because it’s not set up correctly) voice but his sheets are so creased and the light so dim he can’t read it. We watch in agony for the man and, I’m sure, everyone in the bar (which is now quite full) wanted to put an end to the embarrassment.

But James steps up to the bar mid monotone stanza and adjusts the mic and holds the flashlight onto the well worn sheets. There are two more poems. The next poem is about a love affair between two prime numbers; one of the primes was thwarted by an even number. So strange yet compelling. Credit is given to the authors of the poems. Grateful applause: the act is over. I jokingly tell Rudy that I could get up and do “Harriet” from the movie So I Married an Axe Murderer.

No. There’s one more poem and the author is Cal himself. It’s entitled “The Cellphone”. He begins the poem slightly more animated ( because it’s familiar material?) and the gist is a passionate love affair between his cellphone and money clip in his pocket. Completely bizarre.

Cal leaves the stage. And the Pink Piano. Leaving me to wonder if his poetic debut has inspired new material. It is Valentine’s Day after all.

I need a drink. 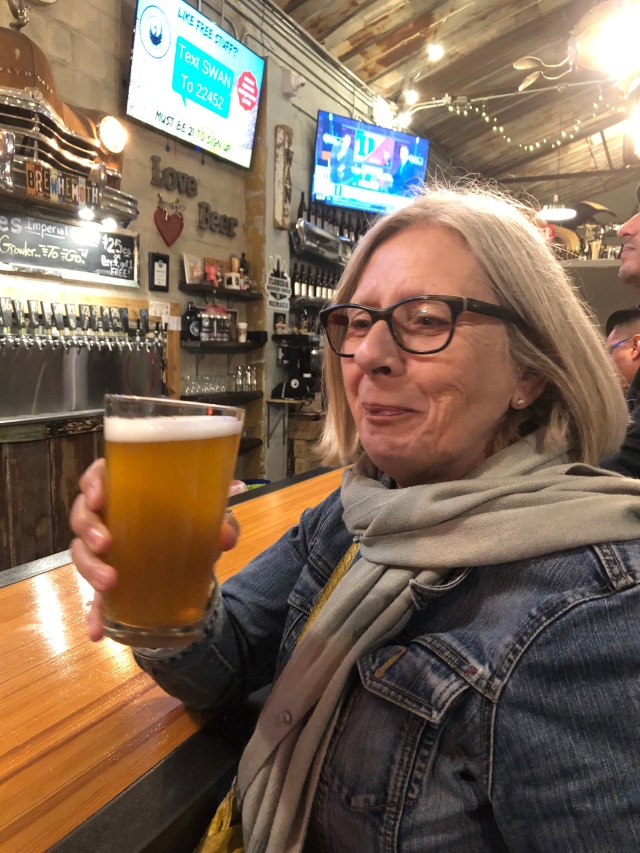 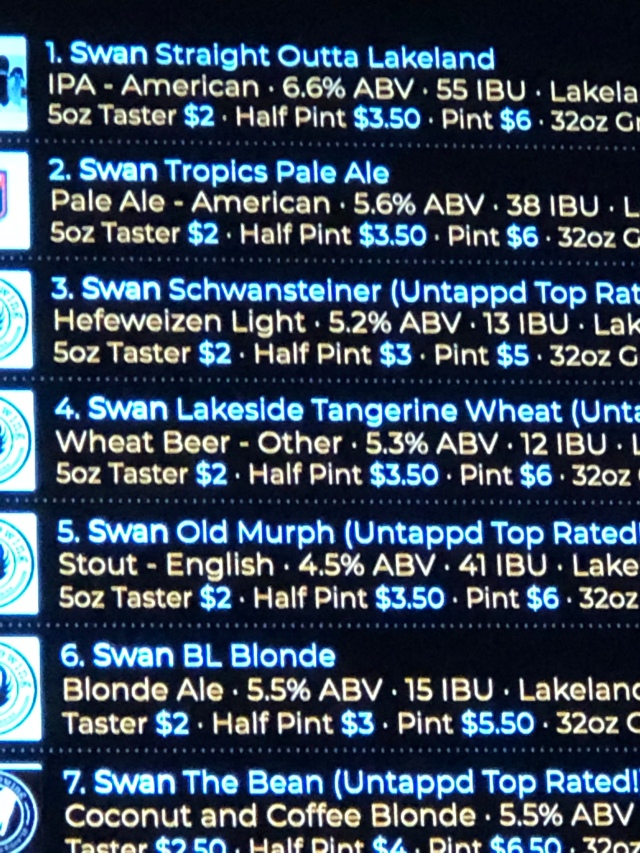