Today I was honoured to attend my friends appointment to Associate Chief Justice for the province of Ontario. I know she has carried out her judicial duties with poise, fairness and intelligence and this promotion is a testament to that. The appointment ceremony was full of all of the expected regalia befitting the position. And I was so proud.

The ceremony was held at Old City Hall in Toronto. I’d never been in the building before; it operates now as a courthouse so it’s a good thing I’ve not graced the halls. It’s a stately and imposing old building that is not very accessible as most are today. There is a tall staircase leading into the foyer which has more stairs leading to the main hall. Since it’s a court there are security measures including police presence and ex ray scanners. When I arrive I’m not subjected to the regular security scrutiny as they can see I’m dressed for an occasion other than court. I’m directed to yet another flight of stairs to courtroom 121 where the proceedings will take place.

There’s a flurry of activity around the courtroom and I can see photographers gathering groups for photos with my friend, the honouree. I see a lot of familiar faces including family members of my friend who I’m pleased to chat with. We know each other but haven’t spent time in many years. I can’t believe how much the kids have grown into young men and women. I know it’s a fact of life but I’m shocked. And the girls outfits. Just wow.

Lots of people are now milling around and the courtroom begins to fill. We are guided to the balcony for our seats and shortly after 4:30 pm a loud voice proclaims: “All rise”

The courtroom gallery spectators rise and a procession of robed judges files in. The court clerk recites the opening remarks in English and French. And everyone takes their seat. There was no anthem or conspicuous flag in the courtroom but I’m almost certain I heard the clerk mention the queen. Interesting. Please be seated.

At the front of the courtroom is the judge’s bench and there were three chairs. Only two were occupied. The Chief Justice and one Associate Chief Justice. The third seat was for my friend. And the first order of business was to have her take the oath of office. Once completed she took her rightful place. It was a solemn yet moving experience. Our judiciary is a strange collection of procedures and almost like a secret society. Fascinating.

There were a few speakers who lavished well deserved praise and accolades. And the final speaker was my friend. She articulated her legal career journey and thanked her family and friends for their support. She spoke with sincerity and humour and wit. The entire room erupted with resounding applause at the conclusion of her speech. It was heartfelt and real. Just like her.

The reception that followed in the hall of the court in the mezzanine level was a frenzy of robes and hugs and appetizers. Lively chatter and familiar networking. As the crowd thinned it was time to walk to Osgoode Hall for the private reception. It was a more intimate venue and a cool place to mingle. The history of the building was a very inspired backdrop to the event. Someone remarked that it was a bit Harry Potter-ish. I couldn’t agree more. Hallowed halls.

As I rode the subway back to my car I thought of how her daily life will change come September when she assumes the new position. And how this is exactly what she’s been working towards. You go girl! 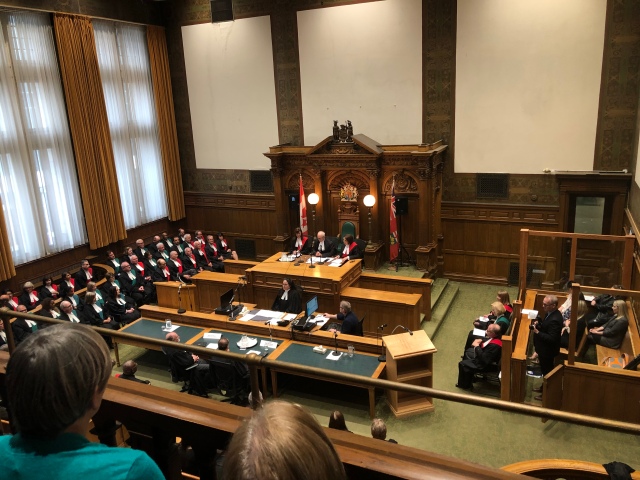 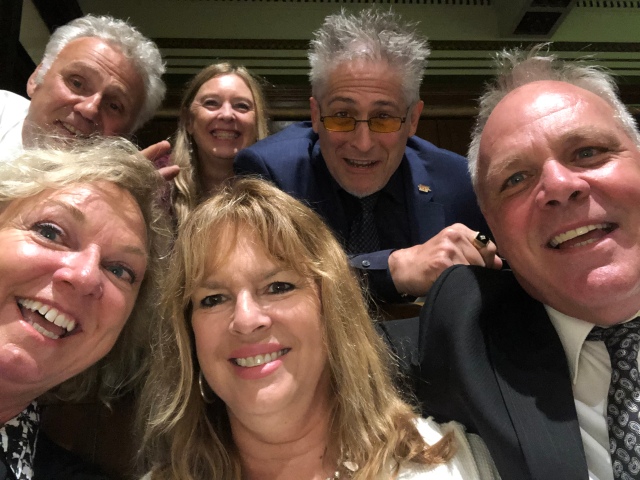