There’s no question I like to talk. From a young age I have been vocal and social. Just read the comments on my report cards. Rudy says that teaching is the best vocation for me since I can talk for hours and students have to (pretend to) listen. Our classes were 4 hours long; no problem.

But talking on the phone is not my thing. For one: I can’t hear on some cell phones. I know exactly when Rudy is trying to multitask as the phone moves away from his mouth (head turn or phone tucked between ear and shoulder hands free). It’s like hearing only a few words out of a sentence. Very frustrating for both ends.

I’m finding myself enjoying the sound of silence more and more, however. Since I have tinnitus (a constant ringing in my ears … more like a high pitch frequency squeal) there’s never total silence. But there’s no chatter. Do certain noises become more annoying as we age?

Like Molly’s bark. It’s loud and disruptive. I don’t mind if there’s a visitor (think alarm) but when she’s excited that’s another matter. She knows we’re heading out when I go to the bathroom at certain times of the day; she has a built in timer device around walking times. She waits until I’m seated on the toilet, stands just outside of my reach zone and barks excitedly. I have tennis balls strategically placed so that I can interrupt a bark. But sometimes they aren’t in reach either. Groan. That bark makes me crazy. A few moments seems like forever.

I’m not a morning person. I like to wake up slowly and ease into the day. I play word games and read some news. And write my blog. Rudy has grown accustomed to this. He wakes up in a flurry of noises. Loud grunts. A few coughs. A couple of farts. Stomp to the toilet for a thundering pee. Back to bed with sound effects. Maybe a loud drink of water. All tolerable to a degree. But then he talks. I have to say shhhhh. Even Molly is now alert but the shhh let’s her know it’s still bed time. She gets it. She’s my girl. Mom and dad are both morning people. It kills me. It’s like a firing squad of questions: how did you sleep? Are you hungry/thirsty? Do you want a coffee? Ratatatatat …. staccato peppering. Grrrrrr. I can’t even fake pleasantries ; give me time (and space).

I love yoga. Mostly because it’s quiet. Don’t get me wrong, Zumba is great too. I enjoy the dance party vibe. But yoga is grounding. You breathe and focus.

Last night I attended a yoga nidra class with friends. The class was held in a remote country studio. It was my first time there. Thank goodness for google maps. When we arrived the instructor gave us a rundown on the class. Yoga nidra translated is actually yoga sleep. It’s a meditation class where you are guided to a trancelike state while laying in a comfortable position. A soothing voice leads you to an imaginary place softly and gently easing you into a safe, peaceful haven.

My phone rings. Scaring the hell out of me. I scramble to my (luckily nearby)purse Fumbling I turn the device off. The spell is broken. A scammer phone call (I googled the unknown number later) has disrupted my blissful state. I apologize after class. Turns out that my friends weren’t so blissfully unaware: most of the other attendees were snoring and, one guy, farting. Oh. I might have snored too??

One of the sounds I’m now keenly aware of is the water hitting the shore. We are super close to the waters edge and therefore hear the waves. Usually it’s a soothing splashing gurgle. But lately it’s been an angry crashing cracking thunderous cycle. Our shoreline around the lake is getting hammered. There’s tons of damage too. A lady at yoga (she also lives on the water) and I were chatting about it after class (silent no more!). She tried to tell me it was due to climate change. Hmmm. Our neighbour said it’s cyclical and the cycle is about 35 years. Let’s see if we get a beach again.

The other night I found a chocolate edible left behind by my sisters friend Rob. I stuck in the freezer. I had been at my parents the night before and was definitely lacking beauty rest. I thought I’d take a small nibble before bed. Worked like a charm. I left the rest of it (about the size of a Reese peanut butter cup) on the dining room hutch. Next day we have guests in the afternoon and Rudy is acting strange .. he finally announces that he’s feeling odd. I glance over to the hutch. Notice the chocolate is gone! Rudy? Did you eat the chocolate?

He’s stoned. Our guests laugh .. and leave very quickly. I tuck Rudy into a chair. He’s out cold in seconds. He remains in that position for hours. I savour the silence and the exclusive use of the remote control.

Any voice in the waking moments

Alarms of any kind especially first thing in the morning 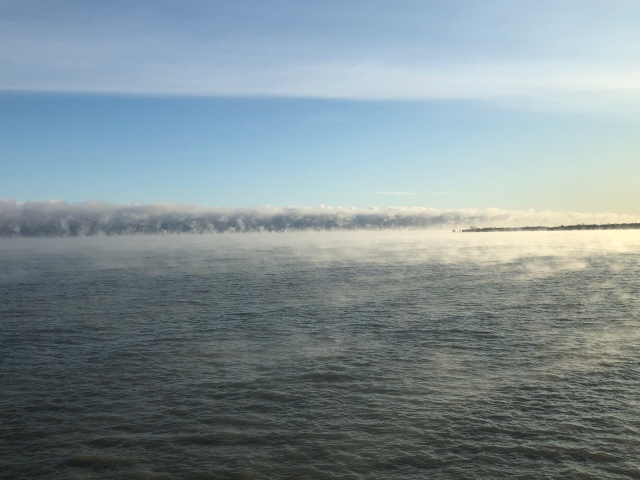 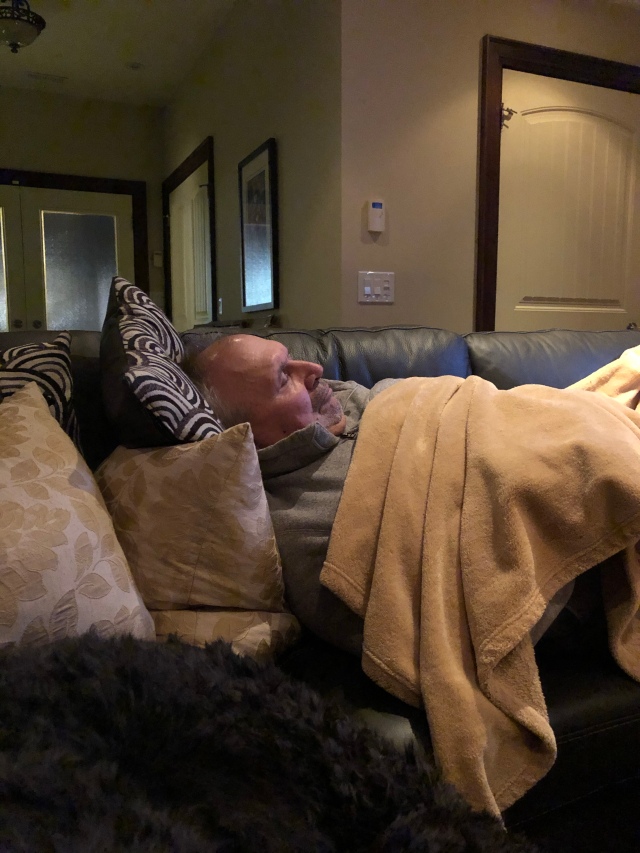 One thought on “Silence is Golden”