We’ve had lots of cats over the years. It started with Simon from the US. He was clever and lived most of his life with my folks. Then there was Bill. He was a “I need a loving home ” from my step daughters parent teacher night. He also lived mostly with my folks since they could provide the best loving home; they were devastated when they put him down. Bill has a good life. Little did he know he was almost named Jenny.

Living in the country for over 20 years allowed us to house a few cats but their lives were precarious due to predators, mostly coyotes. We had Chester; a gift from Rudy’s son for our anniversary. On his way to visit he passed a sign that said free kittens. We called Chester the gift that keeps on giving. Then there was Fritz. He was a timid and smallish cat that was also sickly. The others protected him.

One of our staff members in St Catharines needed to unload the last cat of the litter so Rudy caved. I was excited when he called to say he had picked up the cat. When I asked if he was cute Rudy said no; his tail and neck were oddly long and disproportionate. Oh. What will we call him? Rudy tells me his name is Marvin and we can’t change it because he comes when he’s called. Oh. Great. An unfortunate looking cate with a unfortunate name. When Rudy brought him home our friends came over;they asked if they could borrow Marvin to enter him into the longest tail contest at the fall fair. Seriously.

Then came Karl and Dieter. Twin brothers, identical except for one white tipped tail, from the vets office. Rudy couldn’t bear the thought that they would be euthanized if not adopted. Ok. Now we have 4 cats. It’s getting weird. My sister dubbed Karl the cat baby since he loved to snuggle and liked being man-handled. Very un-cattish.

Fritz, Marvin and the twins made the move to the farm in 1999. They endured a year in the trailer while the house was built. Troopers. Imagine: a thirty foot trailer in the woods with two dogs and four cats. Cuckoo! The cats would line up to eat and then head out for adventure. Not a litter box in sight.

Once we moved into the new house there was more space and mice to kill – all indoors. Rudy was happy that we had a team of hunters.

But nature intervened and we said goodbye to the twins and Fritz due to health issues. And hello to Heidi. Our dog found a box of abandoned kittens and two were still alive. One went to friends and Heidi stayed with us. But she was a wild thing and came and went for months then finally just went. Max and Morris (aka swamp thing) were a short-lived pair. They didn’t adjust to the country way and the coyotes.

Rudy picked up Mimi and Otto from the Canadian Tire hot dog vendor. Mimi was another wild child. She roamed far and wide only to return smelling like barn and needing a good meal. Otto was loyal. He thought he was a dog. So Marvin and Mimi and Otto endured Duke. And sometimes not well. Everyone else got along.

At the ripe age of 19 we had to say a sad so long to Marvin. Mimi vanished for good.

Our pet population was down to two. Molly and Otto. They make the move with us to Collingwood.

It turns out that Otto is a genuinely cool cat. He likes cuddles on his terms. He eats on his schedule. He hangs out with the pack. Or not. But the funniest thing is his sense of adventure. He lurks by the door waiting for his moment to bust a move. Since he’s a very big boy in cat terms, it’s amazing to watch him charge around at a smaller cats pace. His yen for the outside is comical. Since our house has no basement there’s a hollow space with infinite investigative options. Otto is in his glory.

There’s one thing for sure: he won’t miss a meal. So he never lets his investigations take him too far afield. You shake the treats and he appears. Magic. 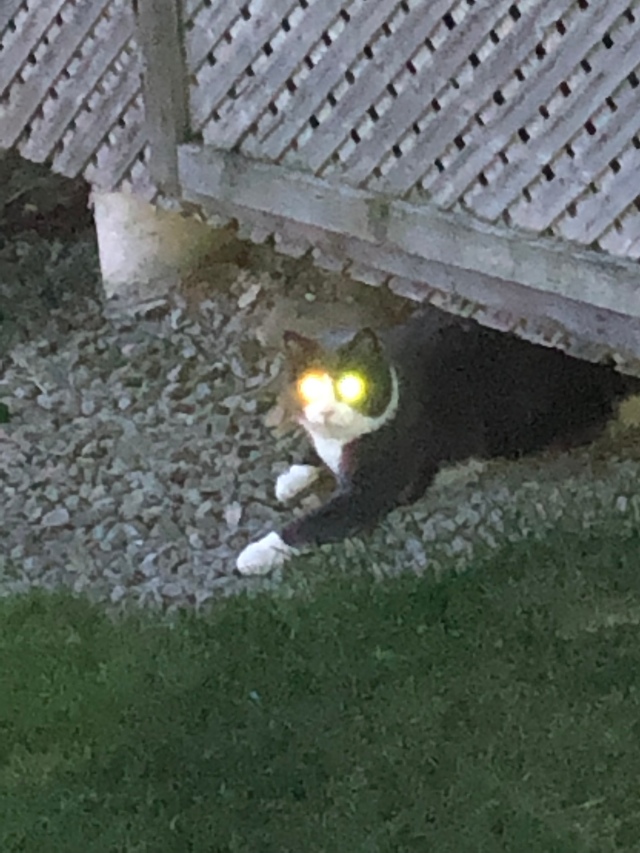 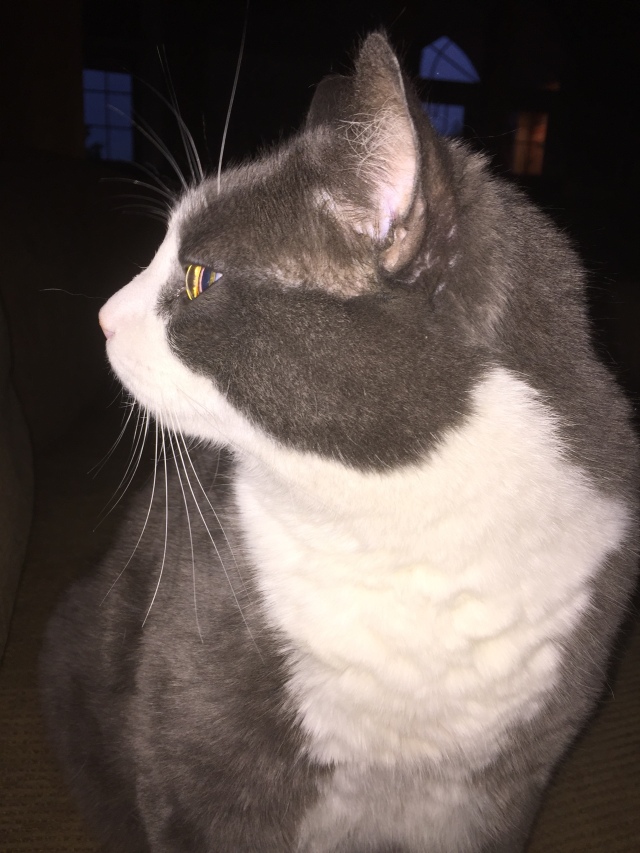 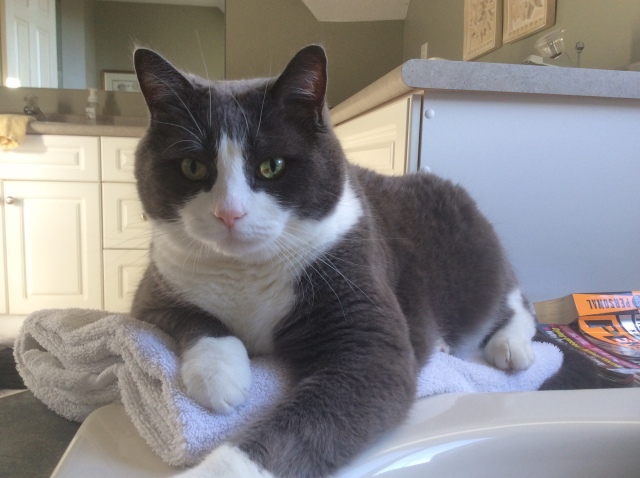