Thirty years ago, in an unplanned frenzy, we eloped to Las Vegas. Looking back, it would now make for reality tv fodder. At the time, however, it was more dreamlike than reality. A true elopement is like a train off the rails. Speeding and reckless. No route to follow just the stampede of momentum.

Luckily, in spite of every bet and forecast to the contrary, this train somehow found a new set of tracks and continues to roll along 30 years later.

Since there was no formal celebration (read wedding reception) we decided at the ten and twenty year mark to stage a vow renewal. Ten was great – we were established and living in a country home and family members joined us to renew our vows (yes, we did say I do in front of a clergy person in Vegas) our friend Victor Chan who had recently been ordained as a Baptist Minister officiated. Our dog Spike joined in too.

At twenty we celebrated again. This time family was joined by my dear friend Sharon who had been recently called to the bench as a judge. Not only did she bring her gowns and a lovely oratory she also provided the music – her son Zach (now a pilot in training) played the cello. The setting was on the lower deck of our dream home (built in 1999) nestled privately on 100 acres.

At thirty we decided (for many reasons mostly logistical) to return to the scene of the crime. Viva Las Vegas.

Rudy made the arrangements (I think he was secretly happy not to have to renew the vows for a fourth time) and we were off to Paris. In Vegas.

The trip was unusually smooth – no delays at the airports, no issue with transportation to the hotel and simple self-checkin. Time for a beer. It was109F in the desert. Paris offers a rooftop beer garden complete with dozens of draft options, sports on several huge TVs and a misting system to keep things cool. We opted for the tasting flight and relaxed.

Dinner was booked at the Eiffel Tower for 4:30 pm (which was actually 7:30 pm Ontario time) and we enjoyed a pre-dinner cocktail marvelling at the sunny view of the Strip. Our table was at the window overlooking the famous dancing water fountains of the Bellagio. The food and service outdid the views. All I can say is wow. The wine was exquisite too. It was, literally, perfect.

We returned to our room to find a bottle of champagne chilling and a card from our friend Bails. It was the icing on top.

Between long walks and the extreme heat, we were glad to enjoy the pool. Nothing like a refreshing dip when the heat is on. Not a cloud in the sky and Labour Day crowds = busy pool area.

Dinner for our actual anniversary was booked at Hugo’s Cellar in downtown Vegas. We started the day by exchanging cards and read our sentiments aloud. (A personal vow renewal?) and ended the day with a delicious meal served in the old-fashioned steakhouse way with a rose upon arrival and table side service. And if course another stellar bottle of wine.

Our anniversary gift was an evening with JLo at Planet Hollywood. She is nothing short of amazing. Her show is spectacular and earns an 11 in the wow factor. The show starts with a fairy who flies on to the stage which is a million twinkling lights. As the fairy waves her wand and sprinkles “dust” (more lights and effects) we listen to JLos voice telling us that this is her dream and since a child she has wanted to perform.

Sitting next to the man of my dreams after 30 years of rolling along our journey I could relate. We are going to keep rolling. A new journey has just begun. 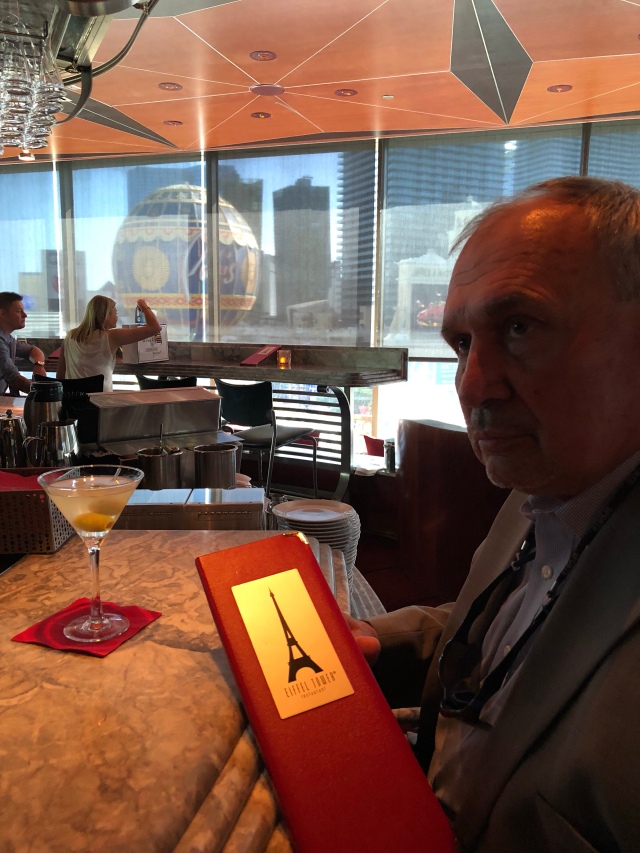 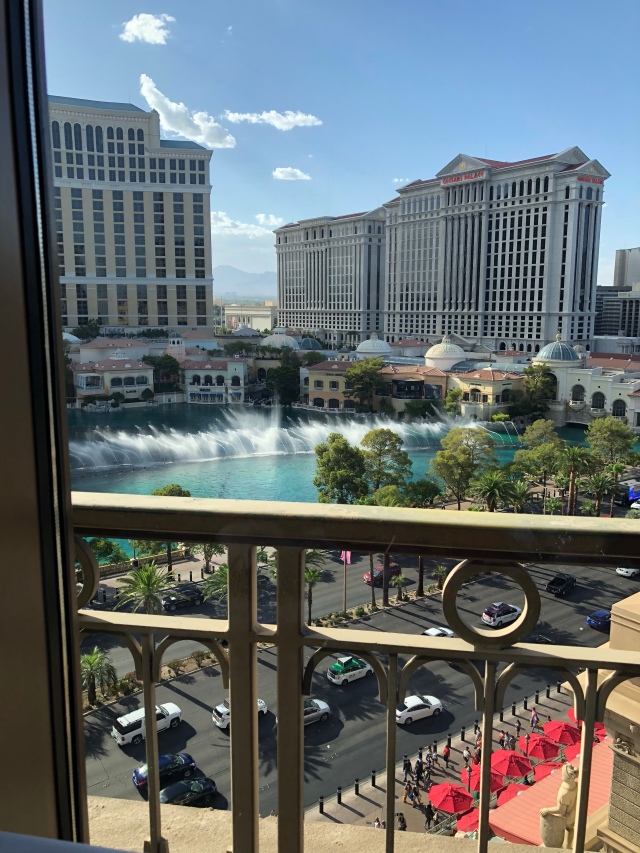 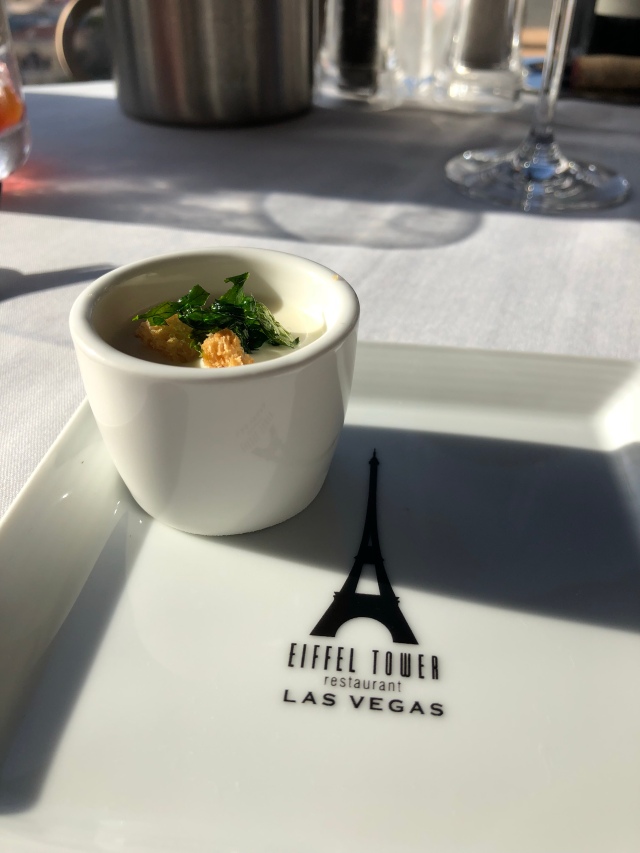 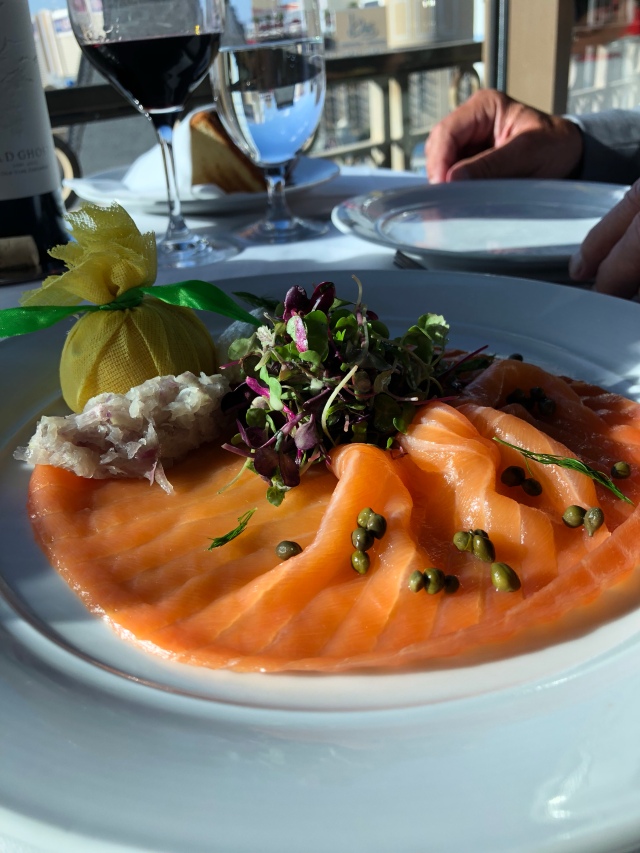 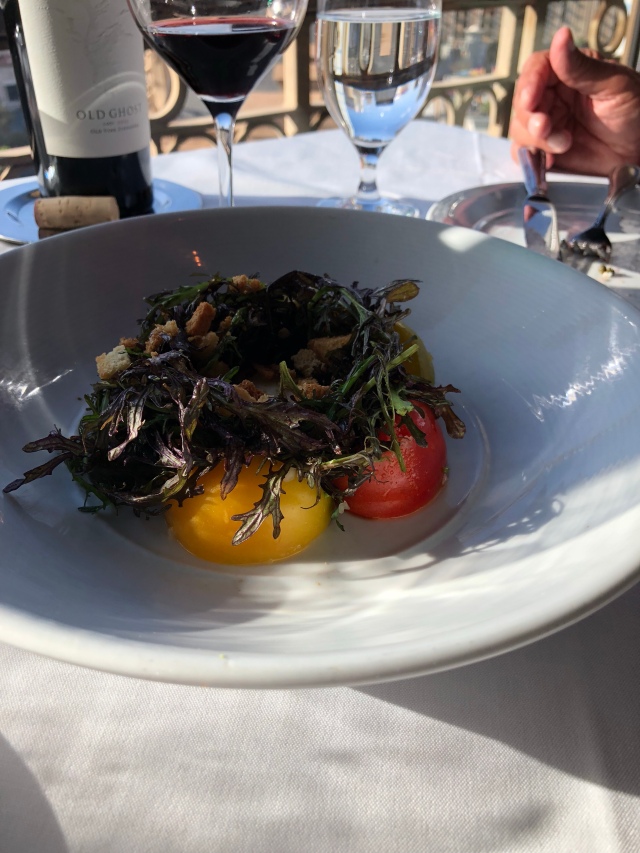 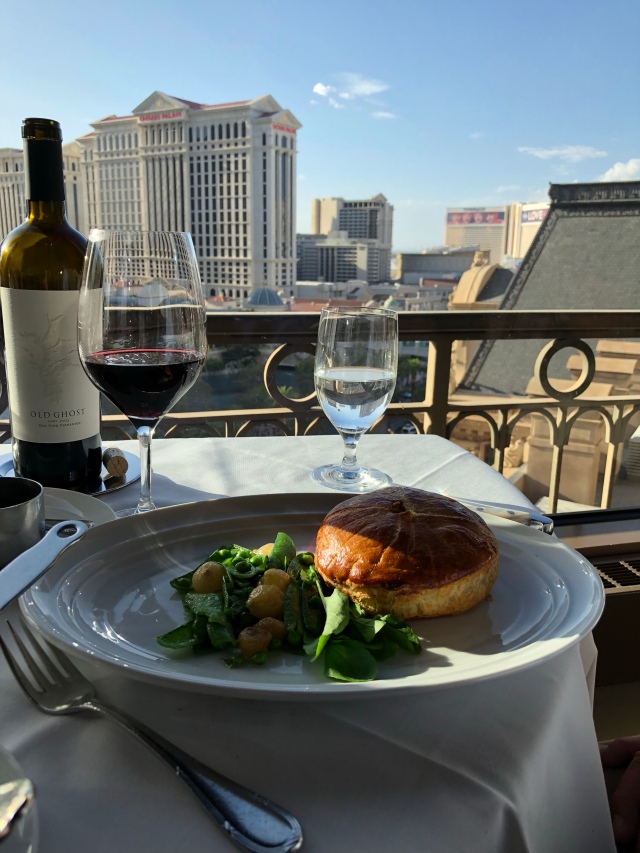 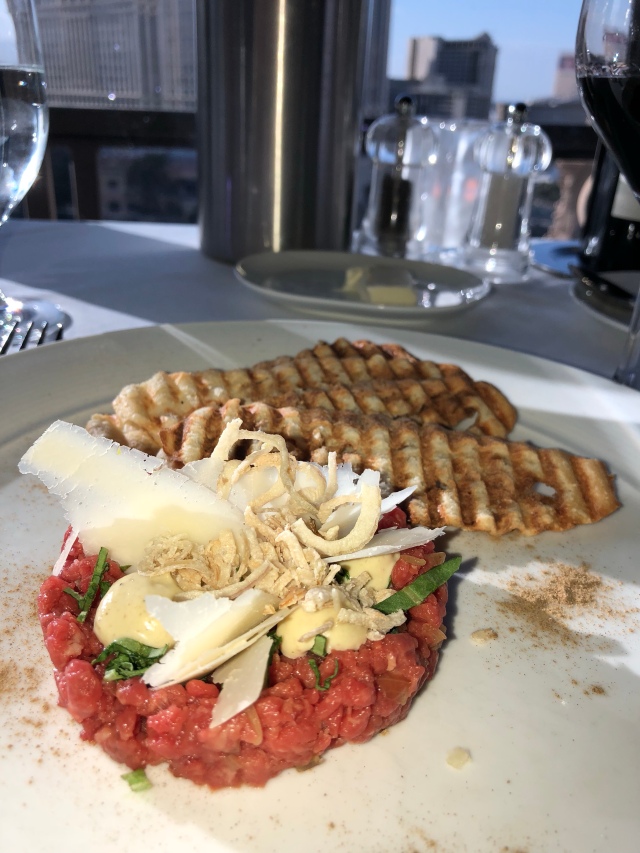 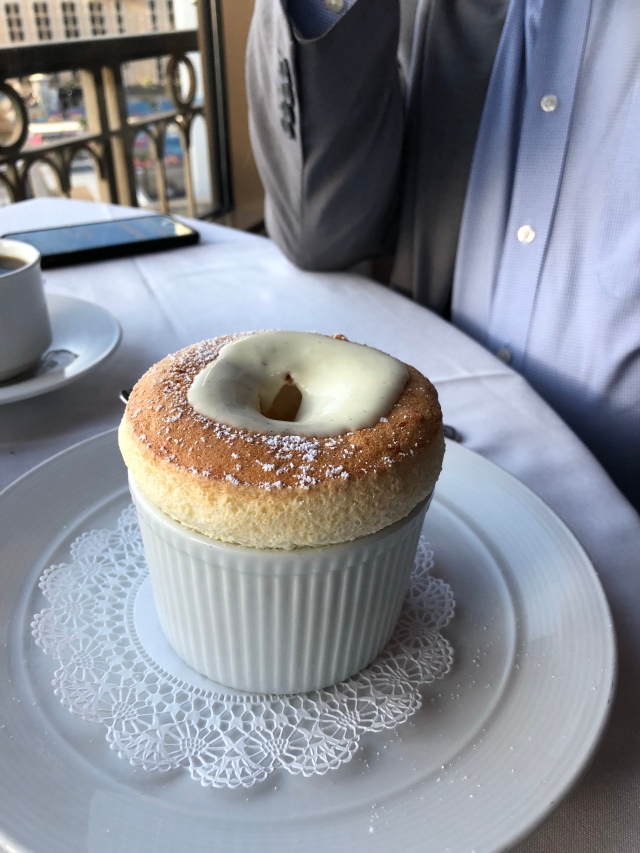 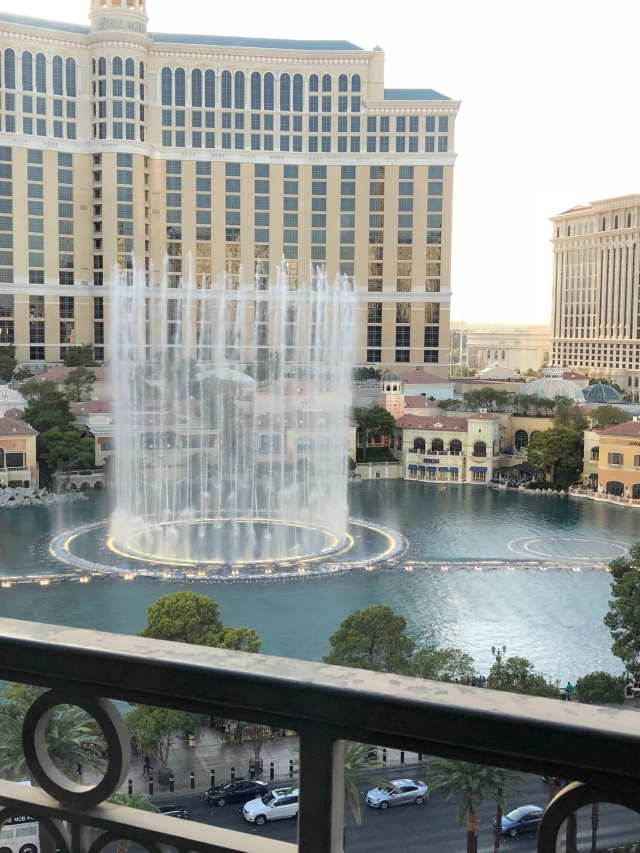 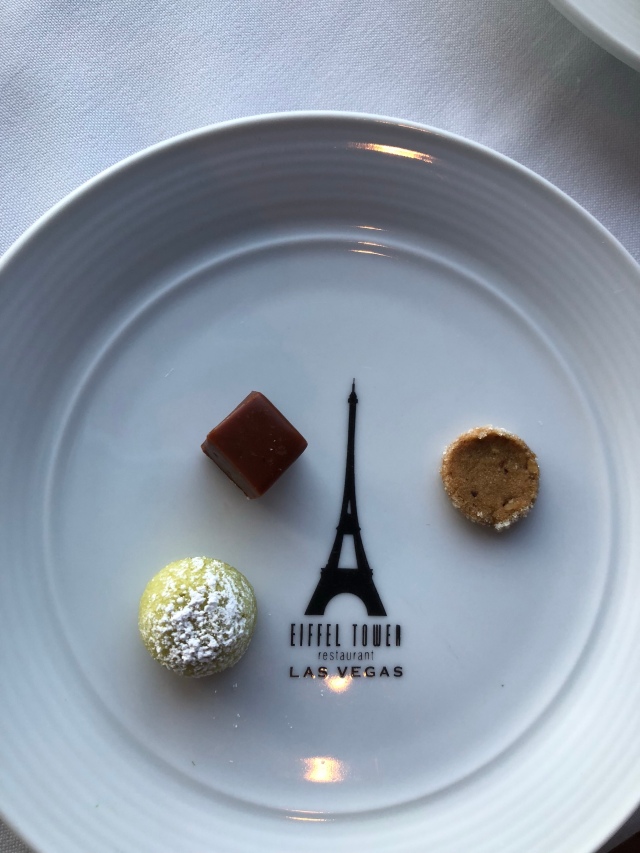 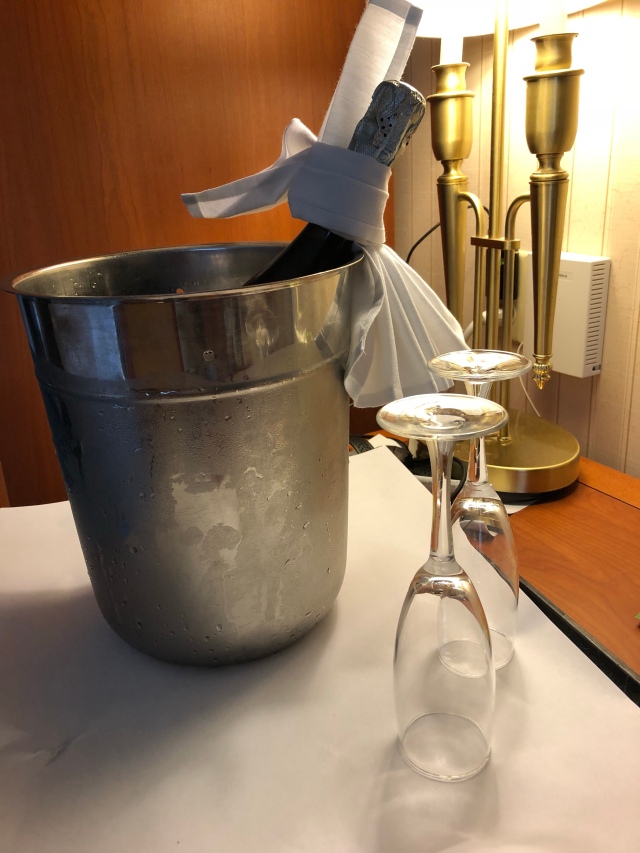 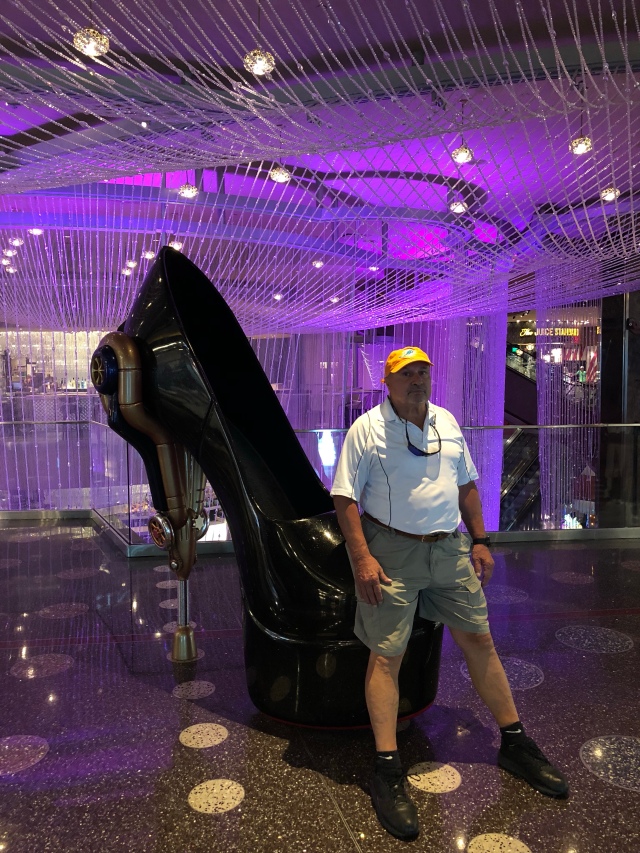