I’ve seen Menopause the Musical; it’s a clever rewording of popular songs that turns them into the frustration (and total hilarity) of menopause. Kind of like Mama Mia but without the dudes. There’s only women in this one.

Perhaps it’s time for a reboot!? And men could also star.

I get some great menopausal information from the most unlikely source: my dad. Due to his bout of prostate cancer he’s getting hormone injections that cause menopause like symptoms. We have great conversations about hot flashes. Funny thing is, I tried asking my mother about “the change”. Nada. Can’t (won’t) remember or her cognitive lapses have obliterated the whole episode. Who knows.

My sister started watching The Kominsky Method and rated it not worthy. Our housemate Bails gave it two enthusiastic thumbs up. So we gave it a try. Meh. But in the spirit of neighbourliness we have made it through three episodes. It was tonight’s that called out to me; I wonder if my sister hung in there long enough?

Michael Douglas, the protagonist, has the urge to pee constantly. Ding. His family comments on his trips to the toilet. Ding. The exact thing happened to my dad. However the next parts are where the two stories (my Dad’s and show) take abrupt leave. Michael Douglas recognizes his problem and seeks out medical advice. My dad decides to ignore the problem hoping it will resolve itself (with the help of a hair dryer). Tonight’s tv episode ended without us finding out the results. We do, however, know the outcome thus far of my dads scenario. Menopause.

It was a bit funny watching the scene on tv of the urologist office. The waiting room is identical to the one I’ve experienced with my dad. The doctor on tv is Danny Devito. Enough said. My dads doctor is serious and business like. Guys don’t like to joke about their balls.

It turns out that getting older has its downside. Wisdom with benefits. The benefit is just slightly hidden. I’m reading a book that I got from Santa all about how to be a younger you. Slow down the decay. As though the human condition is a tooth. Isn’t it common sense by now that if you exercise daily and eat right that you will feel better!? Thanks for the heads up. I sure hope those pretzels I ate earlier aren’t planning an attack on my decay!

I got a text from our friend Leo today. He was doing something at the Italian Club in Hamilton. The text was a picture of a sign on what looked like the ceiling. It said “David -night train-Lane”. Rudy’s best pal David Lane passed away a couple of years ago. May 18. He was a member at the Italian Club (which is still a mystery to me since he wasn’t even close to Italian) and took Rudy there often. It was a guy hangout and they talked about guy things. Dave was a great friend and sounding board for Rudy. I know he misses him a lot.

I wonder if they talked about menopause?

But that’s where I think there’s room for a reboot of Menopause The Musical. Guys can get in on the fun. 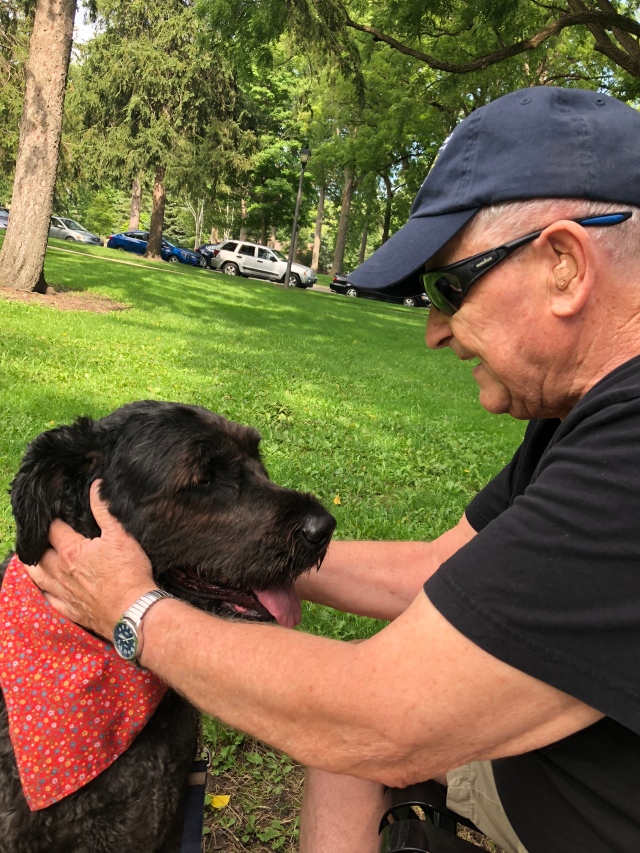